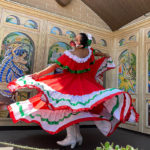 The shopping landscape in San Diego includes an eclectic assortment of trendy boutiques, local independently owned shops and big box retailers. You can shop for unique handcrafted items and designer clothing in the city’s modern downtown shopping malls and specialty shops situated in vibrant historic neighborhoods. San Diego’s colorful multi–cultural shopping scene also features antique stores, retro consignment shops and bargain-filled outlet centers. Whether you are looking for a new wardrobe or a keepsake, you will be thrilled by the abundant retail options that the city has to offer. END_OF_DOCUMENT_TOKEN_TO_BE_REPLACED 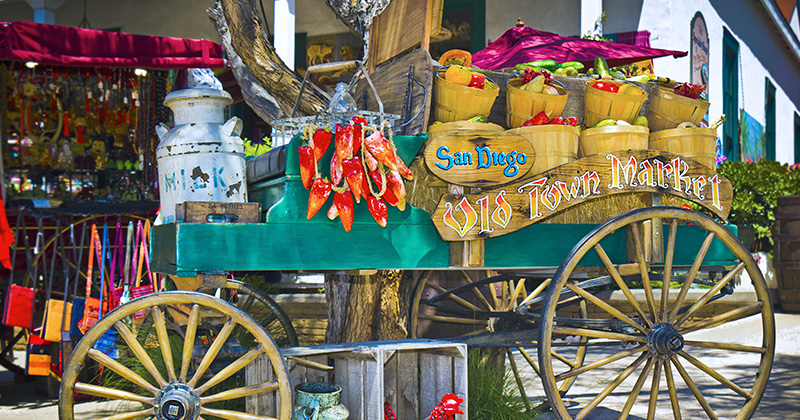 Old Town is considered the birthplace of modern California. Encompassing approximately 230 acres, this area was the site of the first European settlement on the West Coast as well as the home of the first city in the present-day Golden State. The Old Town neighborhood is bordered by Interstate 5 on the west and south, Interstate 8 to the north and Mission Hills to the east. Listed on the National Register of Historic Places, the heritage district is the setting for the Old Town State Historic Park, Heritage Park and Presidio Park. The robust community features numerous museums, theaters, shops and eateries as well as cultural celebrations throughout the year.

Archaeological excavations reveal that humans have inhabited the area around San Diego for nearly 10,000 years. When the Spaniards arrived in 1542, they met the Kumeyaay Native Americans whom they called Diegueño. Over three centuries later, Spain established the first permanent settlement in its California colony on a bluff overlooking the San Diego River. Junipero Serra and Gaspar de Portola established the San Diego Mission de Alcala and the San Diego Presidio in 1769, which constituted the first Spanish settlement in Alta California. As the first of a chain of 21 missions stretching northward along the Pacific Coast, it would serve as the cornerstone of California’s exploration and settlement by Spain. While the Mission moved several miles further inland, the Presidio remained in its original location as the town of San Diego expanded around the base of the bluff. Old Town San Diego State Historic Park commemorates this location. END_OF_DOCUMENT_TOKEN_TO_BE_REPLACED

How to Experience Mexican Culture in San Diego Mexican culture has left an indelible mark on San Diego, the cradle of the Golden State. The influence continues because of the city’s large Hispanic population and proximity to the Mexican border. San Diego’s Mexican culture is evident in the city’s cuisine, historic architecture and celebrations as well as its thriving art, music and theater scene. The spirit of the city’s Hispanic heritage is also on display in its ethnic neighborhoods. There are many ways to experience Mexican culture during a stay in San Diego. END_OF_DOCUMENT_TOKEN_TO_BE_REPLACED 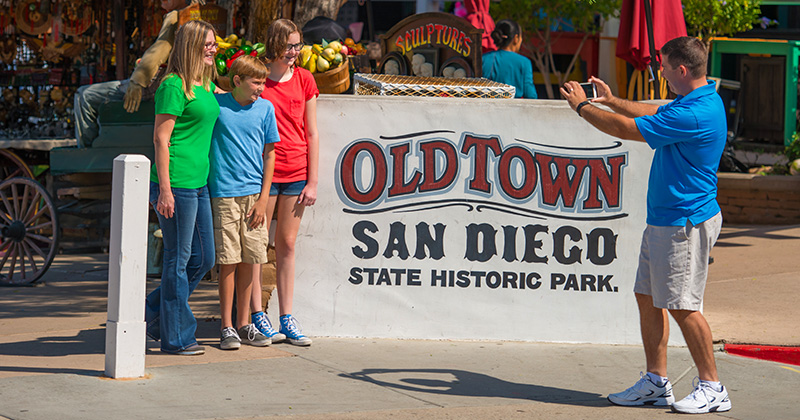 Established in 1968, the Old Town San Diego State Historic Park is a living history museum that commemorates and preserves numerous historic buildings dating from the 19th century. The most visited state park in California, the attraction incorporates various aspects of San Diego’s early history and culture from 1820 until 1870 as it transitioned from Mexican to American rule. In addition to heritage architecture, the historic district features shops and restaurants offering authentic handicrafts and cuisine. Visitors also enjoy a variety of street performers as well as several annual cultural festivals, including the Cinco de Mayo, Dia de los Muertos and Fiesta Navidad celebrations. END_OF_DOCUMENT_TOKEN_TO_BE_REPLACED Presidio Park enables you to walk in the footsteps of California’s early European settlers. The popular attraction is the location where Gaspar de Portola and Junipero Serra constructed the San Diego Presidio and the Mission San Diego de Alcala in 1769. This fort and church, as well as the community that flourished around these sites, encompassed the first European settlement in the area now known as California. While the mission would later move further inland, the fort would serve as the capital of Baja California during the area’s rule by Mexico. Situated on a hill overlooking Old Town San Diego, the park features 40 acres of green open space, picnic areas, and memorials along with marvelous views of the surrounding landscape, including the San Diego River Valley and the Pacific Ocean. Although none of the original structures remain, the park was designated a National Historic Landmark in 1960. END_OF_DOCUMENT_TOKEN_TO_BE_REPLACED San Diego’s diverse population and easy access to freshly grown local ingredients as well as a proximity to Mexico and the bountiful Pacific Ocean fuels its eclectic restaurant scene. The city has everything from quick snacks offered by food trucks to trendy gastronomic delights served at high-end eateries. The passionate culinary community delivers options ranging from casual comfort food to haute cuisine in five-star restaurants accompanied by handcrafted beers and locally bottled wine.

San Diego boasts top chefs who celebrate the slow-food, farm-to-table movement. The food renaissance is occurring throughout San Diego thanks in large part to the city being one of the world’s top centers for craft beers. There are artisan breweries and gastro pubs in virtually every neighborhood. Ethnic communities are also the setting for affordable international cuisine.

END_OF_DOCUMENT_TOKEN_TO_BE_REPLACED

Cinco de Mayo brings out the Rebellious in all of us! America translates this Mexican holiday commemorating the Battle of Puebla into a Fiesta. Do you know the story?

Mexico was bankrupt and owed money to Great Britain, Spain, and France. The French army was undefeated for 50 years and intended to collect the debt on behalf of the European powers when Mexican President Benito Juarez suspended payment on all foreign debt.

Ignacio Zaragosa was and intellectual, loyal and patriotic—he motivated his followers by reminding them that they were Mexico’s first sons (and daughters!).

Read More
Back to top 7ads6x98y